Well, to paraphrase someone else, I haven’t gone away y’know 😉

A bout of illness, a bit of R’n’R, and a job that pays the bills have kept me away from An Sionnach Fionn for a few days but I’m back. A thank you to regular readers for all the messages and queries. It’s good to know that so many people appreciate the blog.

Talking of which you might have noticed a few changes here recently. In response to increased traffic, especially from the United States and some non-English speaking countries, I’ve been tweaking with the layout of An Sionnach Fionn in an effort to make it more user-friendly (especially for handheld devices like smartphones and tablets). I’ve experimented with various different WordPress “themes” (blog styles), both in preview and “live” on the site. Thanks to those who have commented or offered their opinions. Much appreciated.

Another reason for the changes has been the acceptance of An Sionnach Fionn to WordPress’ beta advertising program, WordAds. Over the last week you will have probably noticed discreet advertising appearing on the site, usually underneath individual posts. These ads are region-specific so different visitors in different countries will be seeing advertising tailored to them. I’ve tried to adopt a theme and layout that keeps these ads as unobtrusive as possible. In terms of revenue they will hopefully contribute towards the upkeep of the site (though not by much).

The present layout of the blog will remain for the foreseeable future (though expect a few minor changes). I’m working on a (new) logo and some other bits an’ pieces that will appear in the next while. Otherwise, sin é! 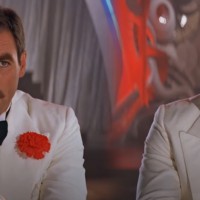 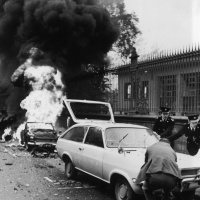