Via Newsnet Scotland, two interesting polls. The first from Scotland itself where support for outright independence has risen significantly amongst those taking part in the regular British Social Attitudes review. Some 32% of Scottish voters now support an independent Scotland, a 9 point jump from 2010 and just short of the highwater mark recorded in the Social Attitudes’ 2005 survey.

The report shows that Scots have an increasing appetite for self-government, with support for Scotland having greatly extended powers at 72% and support for the Scottish Parliament having the full powers of an independent state at 43%.

The report finds that when asked to choose between a range of constitutional options, independence was the choice preferred by the largest number.  43% of the 1,197 Scottish residents polled in the survey chose independence as their preference, up 15% on the 28% who opted for independence in the previous year’s survey.

Support for so-called devo-max, where Scotland would have control of all taxation and government expenditure except defence and foreign affairs, has declined slightly as support for independence has increased.  29% report favouring devo-max, down three percentage points from the figure reported in last year’s survey.

Meanwhile support for the status quo has dropped to just 21%, down 6% on the figure from last year’s report.  The small minority of Scots who are opposed to any form of self-government is diminishing even further, with just 5% now reporting this as their preferred option, down from 10% in the previous survey.  Abolishing the Scottish Parliament is the position held privately by a number of Conservatives, and is official UKIP policy.”

Meanwhile a survey for Spanish television has shown increased support for the independence option in Catalonia following last week’s nationalist rally in Barcelona which saw an unprecedented 1.5 million people come onto the streets of the Catalonian capital:

“The Tele5 [Spanish TV channel] programme “El gran debate” (The Great Debate) which discussed Catalan independence this Saturday evening, has made public the results of an opinion poll carried out by the polling company Gesop:  50.9% of Calatans would vote in favour of independence, while just 18.6% would vote against.  9.5% report that they would spoil their ballot paper, and some 19% would abstain.

The results are very similar to those of the last poll from CEO, which found that some 51% of Catalans would vote yes to independence.” 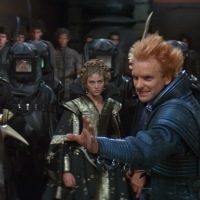