Interesting results in Derry with the election of three Independent candidates one of whom is unquestionably from the Republican Left. By all accounts the reaction of Sinn Féin locally has been something to behold (bordering on the hysterical in the case of one SF person if rumours are to be believed). This despite the fact that the wins for the non-aligned candidates came largely at the expense of the SDLP (indeed the perceived weakness of the latter party and some related local controversies may well have made the independent folk more attractive to those wishing to register a non-SF vote). While it is undoubtedly a strong electoral tremor it is no earthquake. However Sinn Féin’s reaction shows just how much the party has come to regard itself as the political “establishment” of the Nationalist community in the north-east of the country. Over the last decade it has transformed itself into a sort of regional Fianna Fáil Nua, with all that the term implies. If the predictions about a reduced Nationalist vote overall prove correct (there is still a lot of tallying to go so fingers crossed that it proves untrue though the Belfast results seem disappointing given what was expected) strategic thinkers in SF may have bigger worries on their plate than worrying over the upset to Martin McGuinness’ Saturday morning breakfast.

2 comments on “Electoral Unrest In Derry” 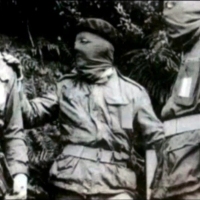