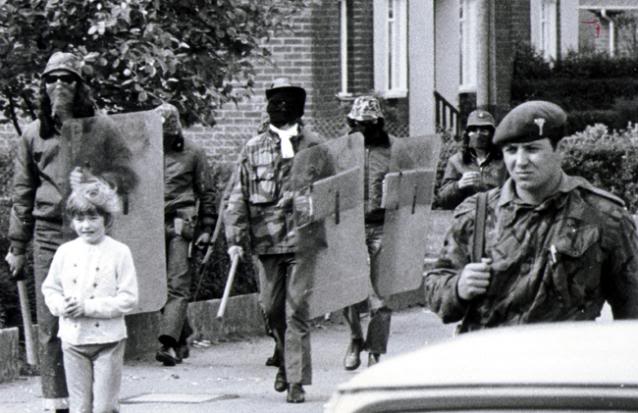 In the “better late than never” category Britain’s Left-leaning newspaper, the Guardian, has published a special investigation by Ian Cobain into the infamous Ballymurphy Massacre of August 1971. During the course of three days rampaging British troops in an isolated Irish Nationalist enclave on the edge of West Belfast murdered ten civilians, 9 men and boys and one woman, while wounding dozens more. If you are a regular reader of An Sionnach Fionn you will have read my own description of the terrifying events that summer some forty years ago. You will also be aware that the government in Britain has refused to hold an official inquiry into the war crime, largely on the grounds that it would not be in the public interest do so. That would be the British public interest, of course.

“One of the most tragic and controversial episodes of the conflict in Northern Ireland will be relived in a Belfast courtroom on Friday when a preliminary hearing is held into the deaths of 10 people shot dead more than four decades ago.

All 10 were killed in one small neighbourhood of west Belfast over little more than 36 hours in August 1971 during the disturbances that were triggered by the introduction of internment without trial.

Drawing upon hundreds of pages of contemporary witness statements, police reports and pathologists’ records gathered for the inquest, the Guardian has reconstructed the events surrounding the killings.

What emerges is a picture that is complex and confused, but which points to a prolonged killing spree by soldiers of the Parachute Regiment, several months before troops from the same regiment massacred protesters at Derry on Bloody Sunday.

Among the nine men and one woman fatally wounded in the streets around Ballymurphy between the evening of 9 August and the morning of 11 August were a local priest, shot twice while giving the last rites to a man who had also been shot, and a 44-year-old mother of eight, shot in the face.

At least eight of those who died appear to have been shot by soldiers of the Parachute Regiment. A ninth was shot by a soldier from a different regiment, while the 10th was shot by an unidentified sniper, possibly a soldier. Another man died of heart failure, allegedly after being subjected to a mock execution by soldiers.

Unlike on Bloody Sunday, however, no journalists were present, no camera crews captured the events, and there was no international condemnation of the killings.”

Meanwhile the Guardian also reports on new revelations surrounding the assassination by British terrorists of Sergeant Joseph Campbell, a paramilitary police officer with the Royal Ulster Constabulary (RUC), in 1977. A recent investigation by the Police Ombudsman in the north-east of Ireland has discovered that the planned killing of (the Roman Catholic) Campbell was known before hand by senior commanders in the RUC who did nothing to prevent it. In fact there is considerable suspicion that they permitted the shooting to go ahead in order to protect corrupt and terrorist-supporting men within their own ranks.

“Campbell had been a well-known and respected police officer in the County Antrim community for many years. The shooting took place on the evening of 25 February 1977 and since then his widow and children have campaigned for more information about the circumstances surrounding his death.

The Campbells have always believed their father was murdered by one of the most notorious loyalist paramilitary killers of the Troubles – Robin “The Jackal” Jackson. Jackson was an assassin for the Ulster Volunteer Force, whose targets were mainly Catholics living in the so-called murder triangle of North Armagh and Tyrone.

Since Campbell’s murder there have been allegations that the police officer was shot dead because he discovered links between Jackson and a rogue member of RUC special branch who was organising criminal activities including armed robberies in County Antrim.

The police ombudsman is currently involved in a legal battle with the PSNI over its refusal to allow him access to sensitive historic files on unsolved Troubles crimes.”

If the name of the gunman Robin “The Jackal” Jackson seems familiar to you that is because we discussed him before in relation to the killing of RUC Superintendent Harry Breen in a 1989 ambush by the (Provisional) Irish Republican Army. In a sworn affidavit to a tribunal set up by the government of Ireland an ex-RUC officer-cum-terrorist, Sergeant John Weir, testified that Harry Breen supported the campaign of violence and mayhem by British militants in the mid-Ulster region, led most notably by Jackson. Throughout the 1970s and early ’80s serving and former British police officers and soldiers in the so-called Glenanne Gang staged a series of gun and bomb attacks against the local Irish civilian population in the counties of Armagh, Tyrone, Monaghan and Fermanagh, a region soon dubbed the “Murder Triangle” by the contemporary news media.

The more we uncover the secrets of Britain’s “Dirty War” in Ireland, the dirtier it gets. 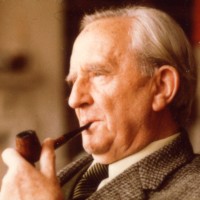 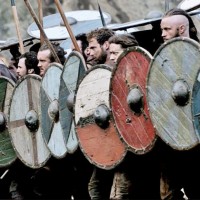