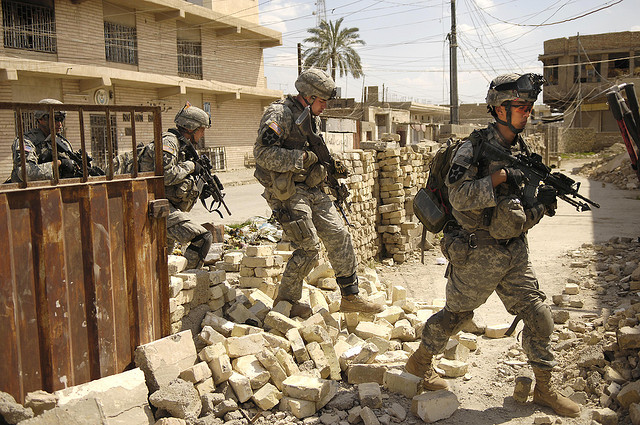 Captain Lauren F. Serrano is an intelligence officer with the United States Marine Corp and this is from her much-lauded essay titled “Why Women Do Not Belong In The U.S. Infantry”:

“Having women in an infantry unit will disrupt the infantry’s identity, motivational tactics, and camaraderie. The average infantryman is in his late teens or early twenties. At that age, men are raging with hormones and are easily distracted by women and sex. Infantry leaders feed on the testosterone and masculinity of young men to increase morale and motivation and encourage the warrior ethos. Few jobs are as physically and emotionally demanding as the infantry, so to keep Marines focused, the infantry operates in a cult-like brotherhood. The infantry is the one place where young men are able to focus solely on being a warrior without the distraction of women or political correctness. They can fart, burp, tell raunchy jokes, walk around naked, swap sex stories, wrestle, and simply be young men together.”

They can also rape and carry out sexual assaults on women and children, acts which are all too common in war, even in the most disciplined of conventional forces. So would the wide-spread presence of female soldiers and officers eliminate such crimes? No, of course not. Would the wide-spread presence of female soldiers and officers lessen or bring to light such crimes? Almost certainly. That in itself would be a worthwhile endeavour and more in keeping with contemporary Western mores than the promotion of a “cult-like brotherhood” of “warriors”. Describing modern soldiering in Medieval terms reveals the faults that lie in US military thinking, faults that led to the calamitous wars in Iraq and elsewhere. 2014 is not 1014, however much some gung-ho marines or IS fanatics may wish it to be so.