In the summer of 2011 the former university lecturer and Joycean scholar, David Norris, was one of the front-runners in the election to the office of Uachtarán na hÉireann (president of Ireland). A popular member of Seanad Éireann, the quasi-democratic upper house of the Irish legislature, the out-spoken senator seemed ready to build upon his reputation as one of the country’s most liberal career politicians, drawing support from a range of independent and non-aligned sources in his presidential bid, including substantial parts of the press, and a flock of enthusiastic young supporters. In late July and early August it all went horribly wrong when a conservative blogger, John Connolly, published an article examining Norris’ links to his former long-term partner, the Israeli human rights activist, Ezra Itzhak Nawi. In 1995 the then forty-three year old Nawi had been convicted of the statutory rape of a fifteen year old Palestinian acquaintance during an alleged relationship between the two, a matter brought to the attention of the police by the boy’s parents some three years earlier. While fighting the charges during a protracted legal case, the accused man had presented a number of letters to the Israeli courts written by David Norris – at least one of them on official notepaper with his senatorial credentials from Oireachtas Éireann – in which the politician sought clemency for his ex-boyfriend on the basis of supposed entrapment. In 1997 a plea-bargain by Nawi before the Hugh Court in Jerusalem resulted in a six month prison sentence, though the Israeli continued to protest his innocence while his uncertain relationship with Norris was understood to have continued until some time around the year 2000. The revelations by John Connolly, taken with other scandals that soon came to the fore, eventually took its toll on David Norris’ hopes for high office, and he came a poor fourth place in the presidential contest. The winner, of course, was the Labour Party’s left-wing Micheal D. Higgins, whose election seemed unaffected by the repeated rumours that Labour supporters had leaked the details of the Nawi affair to the right-wing blogger in the hope of retrieving from Norris the full gamut of liberal-leaning voters that Higgins required in order to win through to Áras an Uachtaráin in 2011. That, as they say, is (Irish) politics.

Since then the name of Ezra Nawi has largely faded from public consciousness in Ireland but he has continued to work on behalf of human rights’ issues in Israel and Israeli occupied Palestine, notably with the persecuted Bedouin communities of the Hebron region. However in recent days he has again found himself mired in controversy when it was revealed by far right activists from Israel that he had referred the names of Palestinians prepared to sell land to Israelis in the Occupied Territories to the Palestinian National Security Forces knowing that such individuals would likely face prosecution and possibly execution under laws adopted by the State of Palestine (in essence, the West Bank’s former Palestinian National Authority). The Middle East web magazine, +972, and the journalist Haggai Matar examines the alleged scandal in more detail:

The entire episode was based on a story handed to Uvda by a relatively new and secretive right-wing NGO, comprised of former military personnel, and which aims to “expose the true face of anti-Israeli organizations” – i.e. left-wing groups working against the occupation.

Its juicy revelation: the right-wing organization followed Ezra Nawi, an activist who has dedicated the past few decades of his life to protecting Palestinians in the South Hebron Hills from settler and state violence.  They secretly recorded as he bragged about informing on Palestinians who sell land to Jews, to the Palestinian intelligence service, so that they can be tortured and executed by Palestinian authorities – according to his own words. This, according to Uvda and the right-wing NGO, is proof of Nawi’s questionable morals, and by proxy, those of anyone involved with him and of the entire Israeli Left — somehow. As Edo Konrad mentioned here yesterday, the highest echelons of Israel’s government were quick to jump on board.

Undoubtedly, talking about and even rejoicing at the possibility of the torture and execution of others – as seen in the tape – is deplorable. However, there are some very serious problems with this piece of investigative journalism that put into question the entire basis of its findings. There are no answers to the question of who is backing this new NGO that did all the actual reporting, and how it funds its extensive work and expensive surveillance equipment. The organization’s website doesn’t provide any answers either.

But more importantly, Uvda’s researchers ignored some crucial pieces of information which must be addressed. First of all, although Prime Minister Netanyahu promptly accused the left and the Palestinian Authority of the murder of innocent people, the show, with all its undercover work and investigative resources, was not able to prove that any person was actually harmed by Nawi’s actions. It is true that Palestinian law prescribes capital punishment for anyone convicted of selling land to Israelis, but the show made no mention of the fact that the Palestinian Authority has not carried out a single execution since Mahmoud Abbas came to power in 2005, more than a decade ago.

Torture, on the other hand, is commonly employed by the PA’s security forces (and by Israeli ones), but for the most part it is used against political adversaries of Abbas’ Fatah movement and against people designated as security threats by Israel and “handled” by the PA at the behest of Israel security forces —part of the famous “security coordination” between the two. While Nawi boasts sending people into the Palestinian torture chambers, Uvda was unable to find a single person who was actually arrested or tortured as a result of Nawi’s actions. Finding such people who were sent there by Israeli officials would be much easier.

Yet another failure in Uvda’s reporting is the baffling lack of context it provided for the story. The missing context of this dramatic episode is the military occupation of the West Bank, where since 1967 Israeli settlers and state authorities have worked hand in hand to achieve one central goal – the expropriation of as much land as possible, all while kicking as many Palestinians as possible off of that land.

More specifically, the backdrop of this story is the South Hebron Hills, an area where disempowered and impoverished Palestinian communities live in caves, tents and tin huts in the middle of the desert, and have for decades been trying to non-violently repel the army’s attempts to demolish their meager homes for the benefit of settlement expansion.”

The full report is quite lengthy and should be read in its entirety. However, though many of the points made by Haggai Matar are perfectly legitimate, the import of Ezra Nawi’s own words are hard to escape.

1 comment on “The Actions Of Ezra Nawi Make Headlines In Israel Again, As They Once Did In Ireland” 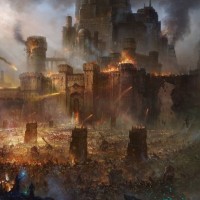