Last week the New Statesman magazine, an influential voice on the centre-left of British politics, featured an unusually sympathetic piece by the journalist Tim Wigmore examining the socio-economic decline of Cornwall, the UK’s south-western Celtic nation. The claim that the region, officially an administrative county of England and long synonymous with the holiday-homes and boutique B&Bs of the metropolitan elites, was “…poorer than Lithuania and Hungary” drew some interesting reactions. This week he has a further article highlighting the peninsula’s demands for greater autonomy in line with the “devolution” of executive and legislative powers granted to Wales and Scotland by Westminster. Given the Statesman’s traditional hostility to any and all forms of “Celtic nationalism”, however innocuous, this is a rare display of understanding by a publication normally associated with a quasi-liberal type of “Greater England” unionism.

“In the last 15-20 years there’s been a real rekindling of interest in Cornish language, culture and Cornish history,” observes George Eustice, the Conservative MP for Camborne and Redruth.

More signs are in Cornish, and the Saint Piran’s Flag is an increasingly common sight in houses and cars in the Duchy. In 2001, in response to Labour’s call for “regions” to ask for devolution, 50,000 Cornish, a tenth of the county, signed declarations in support of a National Cornish Assembly.

In Camborne I meet Steve Richardson, chair of the local party branch of Mebyon Kernow, which describes itself as the Party for Cornwall. He was also a candidate in the last general election.

There are two things immediately noticeable about Richardson: the Cornish Pirates rugby shirt he is wearing and, more surprisingly, the thick West Midlands drawl to his accent. Richardson only moved to Cornwall in 2008.

“We just wanted to get involved in the local community. I became interested in politics for the first time and that’s why I joined Mebyon Kernow,” Richardson tells me. “Mebyon Kernow is very inclusive. Quite often people think of Cornish nationalism as being about Cornwall for the Cornish – it’s not, it’s all about Cornwall for the people of Cornwall, wherever they’re from.”

Like many in Mebyon Kernow, Richardson has watched events in Scotland closely and admits to “supporting” the yes campaign. And there are some clear parallels between Mebyon Kernow and the SNP. Both claim not to be motivated by winning greater powers, but using it for progressive ends.

“We want Cornwall to be self-determining but we also want to create social justice,” Richardson says.

Mebyon Kernow’s case for giving Cornwall greater powers rests on three parts. First, Richardson argues that Cornwall’s Celtic culture is “really distinctive” from the rest of England, and needs to be recognised as such.

“Cornwall’s a country for a start, rather than a county,” he says.

The third argument for greater powers rests on the Duchy’s “history of being left behind”, as Richardson puts it. “Cornwall has got the worst economy in the UK…”

Yet, 64 years after it was formed, Mebyon Kernow is still waiting for its electoral breakthrough. The party has only four of Cornwall’s 123 councillors, even if this is more than the Greens or Ukip have in the county.

Perhaps Mebyon Kernow’s moment might never come. Either way, its 600 members, over one per cent of the county’s population, are not easily deterred.”

One of the big issues for the small Celtic nation is of course the behind-the-scenes influence of the so-called Duchy of Cornwall, the hereditary fiefdom of Prince Charles, which owns vast tracts of land in the south-west of Britain. This is valued at some nine hundred million euros (over one billion dollars) and is part of the nearly two billion euros in assets possessed by the House of Windsor, the British royal family. For Mebyon Kernow and others it remains one of the stumbling blocks to greater democratisation of regional government in the country.

8 comments on “The Demand For Self-Government In Cornwall” 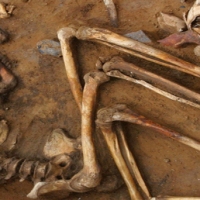 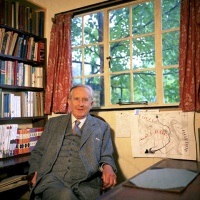