The researchers Ryan O’Farrell and Cody Roche have compiled an incredibly useful list of Opposition Factions in the Syrian Civil War for the investigatory website, Bellingcat, which is well worth a read in its own right:

“The Syrian rebellion began in early March 2011 as a protest movement demanding an end to corruption, political liberalization and economic reforms. Unlike similar uprisings throughout the Arab world, Syria’s government remained cohesive, focused and largely intransigent, launching a bloody crackdown that killed thousands of protesters and other civilians. The deployment of the Syrian Arab Army, in addition to various paramilitaries of significant local variation (generally called “shabiha” by the Opposition) intensified the crackdown, and caused the conflict to militarize. From around April 2011 to Summer 2012, the SAA experienced a massive wave of desertions and defections, losing approximately half its active personnel, as soldiers refused to fire on demonstrators and otherwise suppress their countrymen. These defectors, estimated to number between 30–40k, formed the nucleus of the armed Opposition, which emerged in June 2011 and became organized enough to declare the “Free Syrian Army” in August.

The war has only intensified until the present, and the rebel landscape throughout Syria has remained geographically, ideologically, structurally and diplomatically fractured, while also experiencing extremely dynamic changes. In broad terms, several trends emerge: a) hard-line Islamist groups have steadily become more prominent, out-competing, marginalizing and on several occasions, violently displacing the defector-centric nationalist groups that were the nucleus of the initial militarization of the rebellion; b) the offensive posture adopted by the regime in early 2013, following a broad retreat and consolidation throughout much of 2012 and enabled by extensive material, financial, military and personal intervention by Iran and Russia, has seen the rebellion fractured into approximately six “theaters”, each with unique intra-rebel and international dynamics; c) the number of men deployed by rebel groups around the country has steadily and consistently grown over the past five years, from 40k men in June 2012 to 75k men in March 2013 to approximately 125k men today.

Each of these groupings and “theaters” have unique stories that have resulted in the current revolutionary landscape.”

8 comments on “Opposition Factions Of The Syrian Civil War” 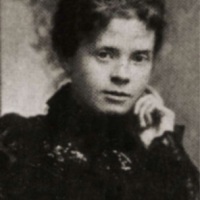