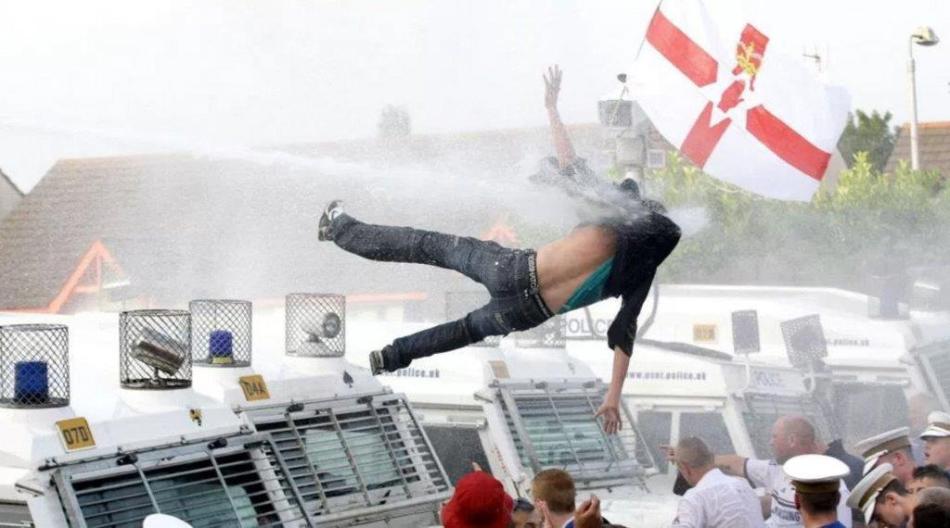 Arlene Foster, the curmudgeonly leader of the Democratic Unionist Party, is allegedly lending a sympathetic ear to a coterie of lobbyists seeking €151 million in funds for Ulster-Scots; the rural dialect of English formerly spoken in some northern parts of the country. The patois has been transformed in recent years through the Tolkienesque labour of several fringe historians and scholars, emerging from two decades of tinkering as an eldritch tongue with Germanic characteristics. This effort can be seen in the name of The Ulster-Scots Agency, the taxpayer-funded body, which supposedly translates as Tha Boord o Ulstèr-Scotch (notoriously, the accent over the “e” was added because the originators “thought it looked good”, not because of some natural linguistic development). Even the group’s own subsidised website and literature makes no use of the regional parlance, opting instead for conventional British-English (or Hiberno-English).

According to a report by the pro-union News Letter:

The proposal to massively increase public funding for Ulster Scots cultural and linguistic initiatives was made at a point when the DUP was arguing at the talks that Sinn Fein’s demand for an Irish language act should instead be incorporated into some form of ‘cultural act’ incorporating Ulster-Scots.

The document, which has been obtained by the News Letter, was sent by Ian Crozier, chief executive of the Ulster-Scots Agency, to the head of the languages branch at Stormont’s Department for Communities as a proposal for the talks process.

Mr Crozier, a former special adviser (Spad) to the now DUP deputy leader Nigel Dodds and a former councillor who remains a DUP member, set out in considerable detail how the money would be spent.

Ironically, only two months have passed since Wallace Thompson, a founding member of the DUP, caused some public dismay among unionists when he dismissed Ulster-Scots as nothing more than a country dialect of English. Which raises the famous challenge in 1998 by then Taoiseach, Bertie Ahern, to David Trimble, leader of the Ulster Unionist Party, to speak the “fecking thing” during heated negotiations leading up to the Good Friday Agreement (this was also apparently around the same time that the frustrated Dublin TD came close to punching the obnoxious Armagh MP in the face, as reported by Jonathan Powell, prime minister Tony Blair’s personal aide).

Among the hoped for beneficiaries of the DUP’s generosity are highland dance and support organisations such as the Royal Scottish Pipe Band Association, the Royal Scottish Country Dance Society, and the Confederation of Ulster Bands. In other words, all potential members of a new Buckfast Fund. Meanwhile the last generation of older men and women in Ireland who know something of the real Ulster-Scots or Irish-Scots patois are passing away, leaving the cranks and lunatics to claim ownership over a politicised version of their hamely tongue.