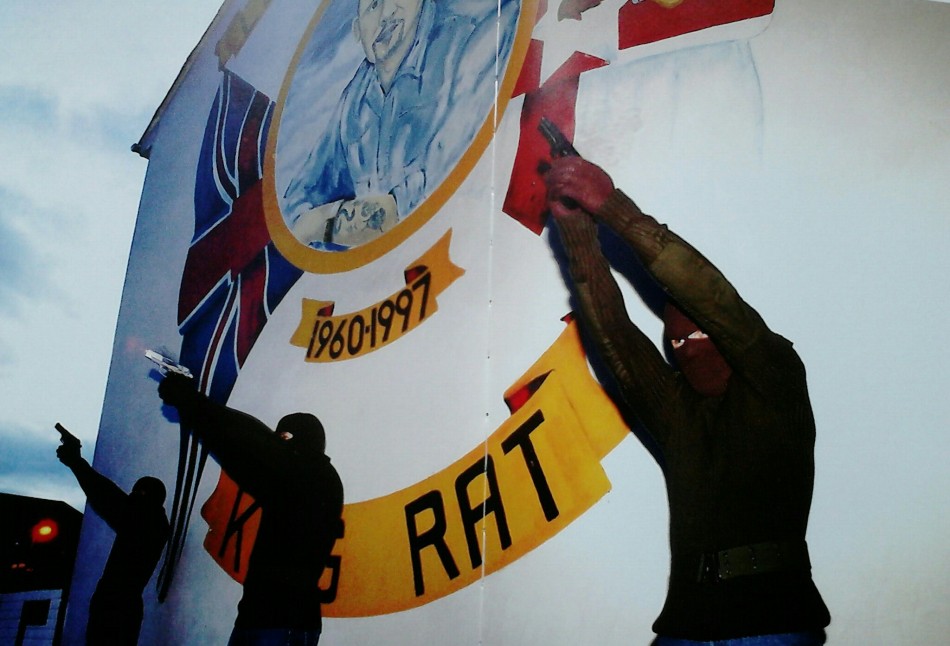 There are some events, illustrative of the hypocrisy which runs through the very core of British unionism in Ireland, which simply strain patience and credulity to breaking point. One such incident occurred earlier today when the representatives of pro-union terrorism on this island nation and their fellow-travellers gathered at a press conference in the Linen Hall, Belfast, to witness the release of a statement from the so-called Combined Loyalist Military Command (CLMC). In other words, the umbrella name for the united militants of the Ulster Defence Association, the Ulster Volunteer Force and the Red Hand Commando. With some pomp and ceremony, attended by the domestic and foreign press, the extremist gangs in the United Kingdom’s colonial holdout in the north-east of the country vowed to end rampant criminality by their members. By which they meant, no more killing of people for criminal gain, rather than in days past, when they were killing people – men, women and children – simply because they were Irish.

The communique from the loyalist bosses in East Belfast and Antrim was greeted with praise and good cheer by the unionist press in the Six Counties. Extracts have been given pride of place in today’s news reports, or published in full, as with the Newsletter. The words of the “paramilitaries”, as the UK press habitually names its terrorists, have been treated with a form of elevated respect normally given to the important utterances of some government department or ministry. No mention was made of the failure of the illegal terror gangs to disband, to cease to exist. Instead the groupings were lauded for their commitment to uphold and abide by British law and order in Ireland.

And therein lies the problem with the repetitive cant which unionist politicians use to deflect all criticism of their behaviour. Their determination to treat the violent fringes of their own community as something misguided and misled, or unreasonably provoked, rather than violent actors in their own right. The real story here is the proven willingness of pro-union leaders to provide succour to the fanatics of loyalism or to seek out their aid. The ones who can be trusted to take to the streets, to get out the right sort of voters while burning out the wrong sort of ones when the electoral chips are down.

Though, I suppose we shouldn’t be too critical. As senior members of the Democratic Unionist and Ulster Unionist parties have taken to warning us, we should be careful not to upset the timid wee gunmen and bombers of the UDA or UVF. After all, if they start shooting down and blowing up people, who can we blame but the victims themselves? Certainly not the pro-union politicians and journalists in the UK who serve as complicit fellow-travellers on the loyalist bandwagon, while dispensing condemnation and vitriol towards any Irish republican or nationalist who might dare cross their path.