The thought occurs that while Sinn Féin may be showing early signs of stress in the balancing act between national politics in the Twenty-Six Counties and regional politics in the Six Counties, it might not be alone in that high wire act for too long. In recent weeks Fianna Fáil has indicated its willingness to (re-)enter the turbulent local politics of the north-east; albeit for perhaps the eight or ninth time since the Belfast or Good Friday Agreement of 1998. However the latest talk seems to have a fair degree of momentum behind it, spurred on by the electoral struggles of the Social Democratic and Labour Party (SDLP); officially the sister grouping of the Irish and British Labour parties but in reality far closer to FF. Certainly many in the grassroots of the SDLP see the Soldiers of Destiny as their saviours, with SF now triumphant within northern nationalism. A shot of all-Ireland nationalism might be just what the polling doctor ordered, even if of a rather pale green variety, in order for the party to regain some lost ground against its main rival.

However, with Brexit turning some aspects of Irish politics on its head, as Fianna Fáil apparently dons the dark blue mantle of Fine Gael, taking on the traditional role of being “soft on the Brits”, you have to wonder how the predominantly southern organisation will fare when it has tens of thousands of new voters in Belfast, Derry and Armagh to contend with. And elected representatives across the Six Counties pushing for policies and pronouncements more reflective of the needs and aspirations of their constituents. If Mary Lou McDonald is struggling with north-south dilemmas in 2018, Micheál Martin might be facing similar challenges of his own after 2019. 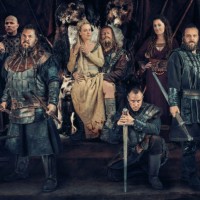