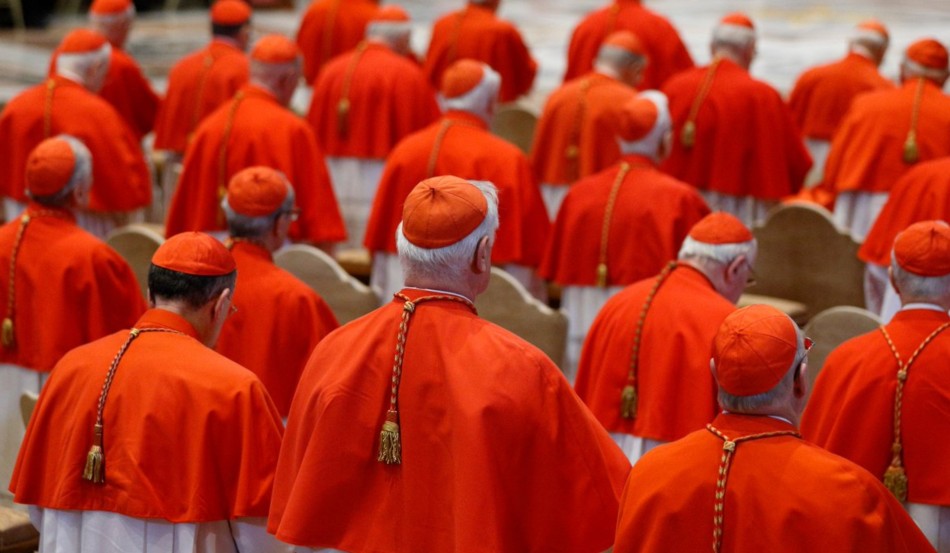 My first introduction to the secretive lobby group known as the Dignitatis Humanae Institute (DHI) was back in the summer of 2011 and the failed presidential run of the Fine Gael candidate Gay Mitchell, who strongly denied that he was one of several members of the organisation serving in the European Parliament. Headquartered in Italy, the militantly conservative think tank was founded by:

…a small group of Catholic European parliamentarians and politicians, the body is made up of working groups in several parliaments with a view to spreading worldwide.

Its aim, according to Benjamin Harnwell, the institute’s founding chairman, is to be a platform through which Christian politicians can better present coherent, moderate and mainstream responses to the growing number of radical and extremist secularists in public life.

To its chagrin, the DHI – which rarely engages with the mainstream press – has made some modest headlines in recent months through its association with Steve Bannon, the controversial former White House adviser and election strategist for Donald Trump. A few weeks ago the news and current affairs publication Politico was reporting that:

The new head of Italy’s Democratic Party wants to stop Steve Bannon’s plans to create a training school for nationalists in an old abbey.

Nicola Zingaretti has written to Culture Minister Alberto Bonisoli, of the governing 5Star Movement, asking him to halt Bannon’s plans to transform Trisulti Charterhouse, a former Carthusian monastery in Collepardo, a tiny village outside Rome.

Zingaretti also offered the minister an alternative plan for the abbey, which has been leased to the Catholic foundation Dignitatis Humanae Institute, considered the “cultural arm” of Bannon’s populist push in Italy and in Europe.

Trisulti Charterhouse, a sprawling centuries old Carthusian monastery owned by the Cistercians and the new home of the DHI, is just the sort of majestic place that many of the ancien régime backers of Bannon and company in Europe would feel at home in. From Open Democracy:

In 1986, Princess Gloria von Thurn und Taxis threw a three-day party for her husband’s sixtieth birthday. Guests ate a cake decorated with 60 marzipan penises and were treated to a performance from the princess who, dressed as Marie Antoinette and accompanied by the Munich Opera, sang ‘Happy Birthday’ from astride a gilded cloud.

This week, the now 59-year-old princess is scheduled to speak at a major international gathering of anti-abortion and anti-LGBT rights groups. This is the 13th World Congress of Families (WCF) being organised in the Italian city of Verona where…

This year’s congress, held ahead of the European parliamentary elections in May, is headlined ‘The Wind of Change’. Italy’s deputy prime minister Matteo Salvini – who once said “if you grow up with parents or a parent who is gay… you start with a handicap” – is among the far-right politicians expected to attend.

While far-right leaders from Italy to Hungary position themselves as siding with the ‘grassroots’ against liberal elites, this is also a VIP-studded network: Princess Gloria – a friend of Steve Bannon, who plans to use her palace in Germany as a summer school for European populists – is not the only aristocrat involved.

openDemocracy reviewed the programmes for each of these events since 2004, and found about 100 politicians among the 700 people listed as speakers over the 15 years – along with an archduchess from Austria, a French prince, and a Portuguese duke.

Strange times make for strange allies. Or perhaps not so strange?

(For more on the Princely House of Thurn and Taxis, see this related article, “From AMC’s Lodge 49 To The Imperial Mail Of The Holy Roman Empire“.)

7 comments on “The Dignitatis Humanae Institute: Clergy, Aristocrats And The Populist-Right?”