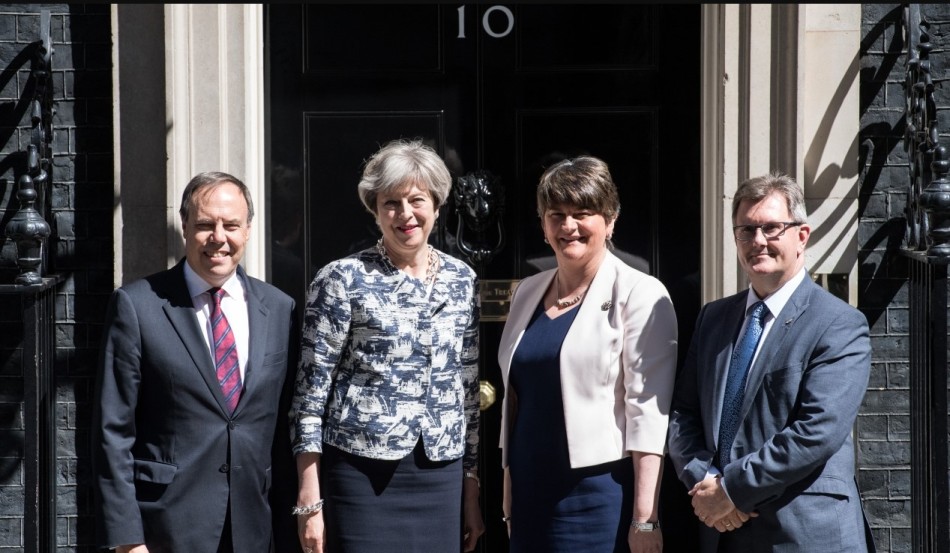 The sacking of Gavin Williamson, the British Secretary of State for Defence, has robbed the Democratic Unionist Party of one of its key allies in Theresa May’s governing Conservative Party. The English MP had attempted to play the role of a May-loyalist in the faction-ridden administration while simultaneously positioning himself as her possible successor, cultivating friends across the Tory benches and in the right-wing press. However his carefully cultivated image as a “master of the dark arts” rarely matched up to reality, as the former businessman became a frequent figure of ridicule among his colleagues and senior civil servants. Despite this, Williamson’s seemingly genuine enthusiasm for the all things military coupled with a belief that the United Kingdom should act a “tier one” global power endeared him to the ultra-nationalists in the DUP. This was cemented by his sympathy for the DUP campaign to establish a de facto general amnesty for the veterans of Britain’s generational “dirty war” in Ireland.

Following the internal government inquiry which led to the firing of Williamson, dismissed by the aggrieved politician as a “kangaroo court”, the Democratic Unionists will have to work harder to cultivate reliable allies inside Theresa May’s Cabinet as many in the Tory ranks, even the most ardent self-styled “unionists”, have proven themselves to be unreliable friends at best. Arlene Foster, the hardline leader of the DUP, is unlikely to be offered the same level of political sweeteners as she did when Gavin Williamson went beyond his negotiations’ remit and suggested a ministerial post for her deputy, Nigel Dodds, in return for a  formal parliamentary coalition between the minority Conservative Party administration and the DUP back in 2017. While Foster and company opted for a less formal arrangement, and a multi-million pound splurge of British state investment in the Six Counties, that Cabinet seat would have been a valuable way for the DUP to battle for Brexit and against the EU-UK Withdrawal Agreement inside Downing Street.