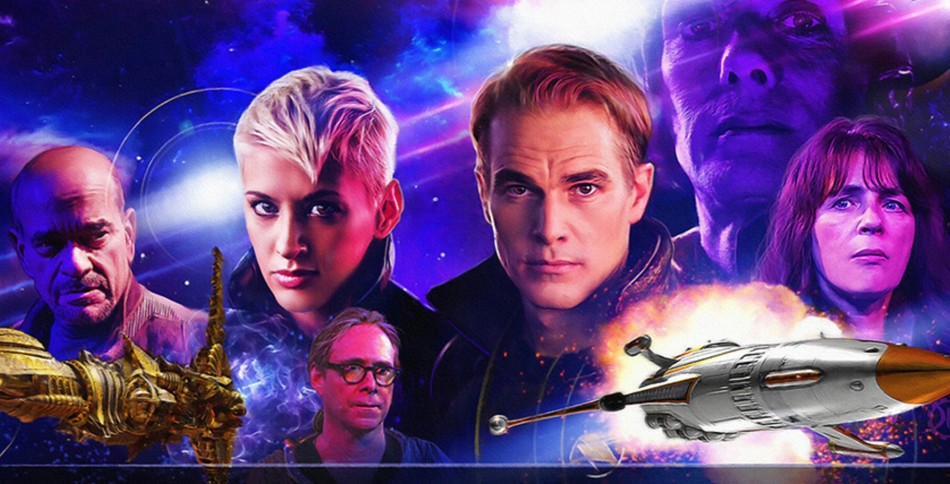 Being a science-fiction fan I’ve seen some pretty dire TV shows and movies in my time but Space Command, a decade-long production released for the second time to YouTube by the veteran author and screenwriter Marc Scott Zicree, takes this to a whole new level. Starting off as an independent crowd-funded film some controversial decisions by Zicree and company turned the enterprise into a would-be web-series and something of a homage to popular franchises like Star Trek and Babylon 5. Consequently the wannabe drama has no hesitation in making explicit its genre influences, with some toe-curlingly awful dialogue and wooden acting to match the unintentionally retro special effects.

What makes this all the worse is that I can name a dozen short features off the top of my head, some lasting only twenty or twenty-five minutes, that make the hour-long initial episode of Space Command look like the most tragic kind of student film-making. That said, if you want to watch some well-known actors from several cult TV programmes helping out a friend’s passion project, or just plain slumming it, then you will be more than satisfied (if not stupefied). And when that is all over you might want to consider the far superior Star Trek Continues, a fan-made web series set in the fictional ST:TOS universe, that for all its flaws still managed to capture the spirit and imagination of the original show more than this amateurish pastiche of TV science-fiction.

Am I being too harsh?