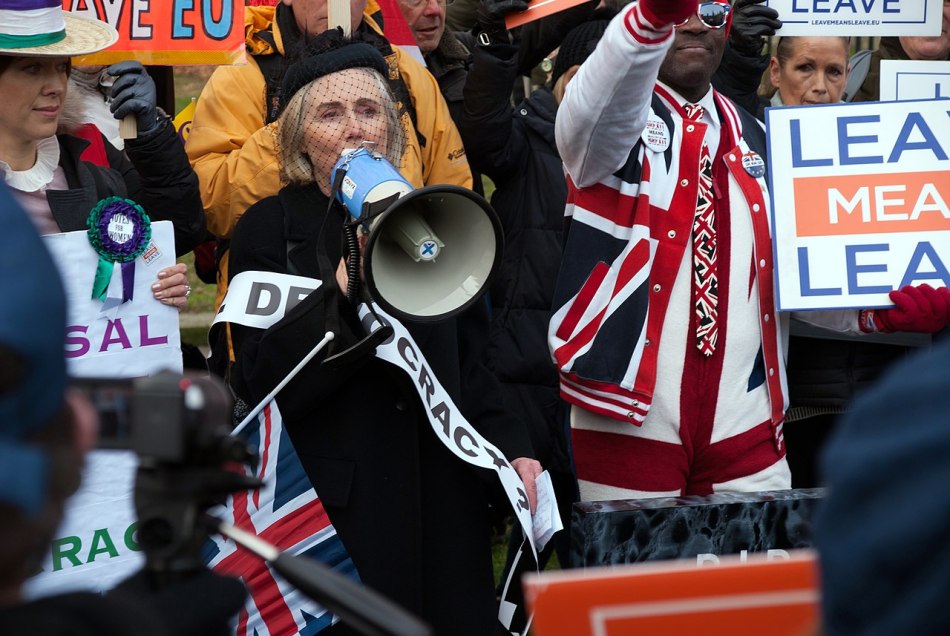 While the exact origins of the term “Britisher” are unknown, the Dutch or German influence in the formation of the now rarely encountered Anglo-American word is obvious. Emerging in the first half of the 19th century, it gradually grew in popularity in the United States as a useful shorthand among journalists and writers for a certain type of British stereotype, whether applied to individuals or to customs. By the late 1800s a number of US newspapers and journals had imbued the description with some of the worse aspects of British imperialism and it was certainly taken up that way in Ireland and India, where it appeared in the contemporaneous accounts and memoirs of nationalist authors as late as the 1930s. Looking at the current antics of the Conservative Party government in London I’m beginning to think that maybe the word is due for a revival. What other way could you describe the hardliner Brexit administration of Boris Johnson and company but as a “Britisher regime”?

The current controversy in the UK began with officials briefing the domestic press that Downing Street intended to introduce legislation that would effectively break the Withdrawal Agreement signed with the European Union earlier this year; while publicly denying the intent to do any such thing. That latter bit of obfuscation was the media line until the Secretary of State for Northern Ireland, Brandon Lewis, brazenly replied to a dismayed query in the House of Commons that the planned laws would indeed “…break international law in a very specific and limited way”.

From there on matters got worse as news emerged of resignations and splits among Britain’s most senior law officers, dissent in Tory ranks at the prospect of the UK being labelled a “rogue state” by its former partners in Europe, former prime ministers warning of threats to the Irish-British peace process, and a wave of anger sweeping EU officialdom and European capitals. Anger echoed in the US Congress, on both sides of the aisle, if not among the Brexit-loving White House administration of Donald Trump and his Bannon-lite followers.

Then the big guns really came out, with Boris Johnson taking to the pages of his fan magazine, also known as the Daily Telegraph, where British attempts to turn the Withdrawal Agreement of 2020 into the Munich Agreement of 1938 were matched by the UK premier’s adoption of Hitleran rhetoric to ascribe all sorts of sinister and dastardly motives to the European Union. And if informed observers saw the baleful influence of Brexit-Svengali Dominic Cummings in the article they were probably correct, as Downing Street falls ever deeper under the influence of a serial failure who, like the proverbial stopped clock, manages to be accidentally right every now and again.

Apologists for the Conservative government in London claim that all this is just a sabre-rattling bluff designed to extort further concessions from Brussels, and Dublin, Berlin and Paris, during the ongoing Trexit negotiations. But those jingoistic apologists seem to be unaware, or really don’t care, that Europe is running out of concessions to give in the settlement of a divorce that has technically already happened. At the end of day, Britain may believe in the importance of British pounds before Irish peace, but that may well prove to be its undoing. In more ways than one.

12 comments on “The Britishers’ Flexible Interpretation Of International Law”