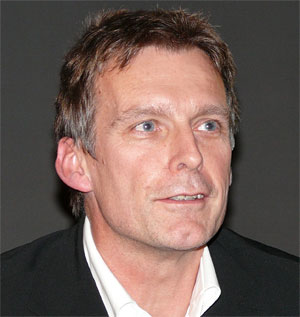 The British left and the issue of Britain’s continued colonial presence in Ireland. A natural match you may think? Er, think again. In fact Britain’s liberal and socialist groupings (and voters) have been just as virulently nationalistic when it came to the issue of Ireland as any on the right. Introduce the word “Irish” into a conversation with even the most ardent left-wing, Palestinian-loving, class conscious, wrap the red flag around me politico in Britain and you’re liable to be given a lengthy rant on the justifications for British rule in Ireland. Oh, it will be well qualified, with lots of talk about “past mistakes” and “old grievances”, yet one just has to wait for that inevitable magic word: “but…”.

So to the Guardian newspaper and a Ronán Bennett article that seems to have caused outrage amongst the liberal readership of that most liberal of British press institutions.

In times of war it’s understandable, though rarely useful, to attribute to your enemy all the qualities of the beast. But we have come a long way since then. The IRA campaign is over. Sinn Féin is firmly established in Northern Ireland as the second largest party, behind Peter Robinson’sDUP. In the Irish Republic, the latest Irish Times-Ipsos MRBI poll now also puts Sinn Féin second. McGuinness has been elected three times to Westminster and five times as an assembly member. In 2007 he was nominated deputy first minister in the Northern Ireland assembly. He is now running for president of Ireland.

The Fine Gael environment minister, Phil Hogan, said recently that putting McGuinness in charge of the state “would leave us looking like a banana republic”. Ireland, he continued ominously, would be “denuded of serious levels of corporate investment within 24 months”. His panicky warning coincided with the return of McGuinness and Robinson from the US with further promises of investment for the North. Far from having investors running for cover, McGuinness is well regarded in New York and Washington.

As president, McGuinness knows he would be the representative of all the republic’s interests, even those to which he may be adverse. But he long ago absorbed the need for political inclusiveness. Even at the height of the Troubles he said he would talk to anyone at any time without preconditions in order to find a way to bring the conflict to a close. When negotiators eventually agreed to meet, they found him affable, straight-talking and easy to get along with. They were impressed. Against all expectation, they even liked him.

Principled and effective, McGuinness’s popularity with his supporters comes from a mix of integrity, straight dealing, and a refusal to be compromised by the trappings of success. Born into a large, poor Derry family, he has avoided airs and graces. Nor does he share the Cherie Blair fear of descending again into poverty that she has tried to use as a licence for her and her husband to milk it while they can. Like all Sinn Féin’s elected representatives, McGuinness gives his public salary to the party and takes an average wage in return. His nose remains firmly out of the trough.

The violence in Ireland was appalling. McGuinness has already said that much of it was unjustifiable. But it was not the work of killers addicted to killing. What happened in McGuinness’s home town of Derry in the summer of 1969 was an Irish spring, a spontaneous rebellion against a regime that discriminated and excluded from power a majority of its own citizens. Many reached for the gun in those strange, paranoid, idealistic and angry days. Martin McGuinness was one of them. But he put the gun down and he persuaded the British government to address the issues that sparked the conflict. The North is a better place because of him. The republic can be too.”

Cue outrage. In Ireland most believe the Long War is over. In Britain they are still fighting it – even the liberals.