In 2011 Senator David Norris ran for the presidency of Ireland in a campaign beset by controversy about his somewhat controversial personal views and former relationships. For many his defeat was a disaster. For (many, many) others it was a blessing in disguise. From the Irish Times newspaper:

“A call has been made for the Church of Ireland to disassociate itself from the Orange Order in the wake of loyalist rioting in North Belfast.

Independent David Norris expressed his disgust at the rioting after Orange Order marchers were refused permission to return on their July 12th parade via a 300 metres section of the route that passed by a Nationalist area.

Mr Norris described the behaviour of loyalist rioters as “stupid”.

He added: “When they were prisoners they were like Neanderthals. They were reading comics and doing press-ups whereas the ‘Shinners’ for whom I wouldn’t give a toss, at least had the intelligence to do university degrees.”

He told the Seanad that as a southern unionist “I am bitterly ashamed of the behaviour of people who call themselves Unionists and Protestants. They are a disgrace to any decent representation of those values.

“I would like to call on the Church of Ireland to which I belong to disassociate themselves completely from the Orange Order. It has shrivelled down to a third of its original support.”

He also said: “I would like to suggest that no decent Christian minister, pastor or parishioner should be associated with the Orange Order.””

Leaving aside the casual use of the favourite Neo-Unionist and British term of “Shinner” for an Irish Republican (revealing in so many ways of the mindset behind it) what does David Norris mean by claiming to be a “Southern Unionist”? Does he mean that he believes that part or the whole of the nation of Ireland should once again be under British colonial rule? Does he believe that we are simply misguided British subjects in need of a firm hand to rein us in from our rebellious native ways?

Maybe one should be generous and assume that Senator Norris was using the term in some sort of ethno-national manner, a self-declaration on his behalf of a British-Irish (Anglo-Irish?) ethnic identity distinct from that of the majority of the Irish people. If so he has a point. Such a community did and does still exist, and in all parts of the country (the north-east being the most obvious example as we have seen in graphic and violent detail over the last few days). And Norris certainly does come from that background as the son of a former British Army officer raised in the then still-affluent Ancien Régime world of the old Anglo-Irish Ascendancy where the independence of Ireland was more of a disagreeable inconvenience than an acknowledged fact.

Of course the type of British Unionist community that exists in the north-east of Ireland is very different from the aristocratic variety that existed elsewhere in the country in days of yore, Dublin city’s former artisan working class Unionist population aside. Which is why northern Unionists found it so easy to abandon Unionists elsewhere on the island of Ireland when it came to implementing their violent campaign of separatist terror in the early 1900s. The creation of a “Northern Pale” was more important than saving the old “Dublin Pale”. All of which makes David Norris’ cri de coeur all the more pointless. Whether he likes it not to the average Belfast Unionist the average post-colonial Dublin Unionist is just another “Free State foreigner”.

No matter how much some Irish politicians, and most of the Dublin news media, would wish it otherwise. 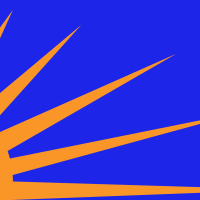