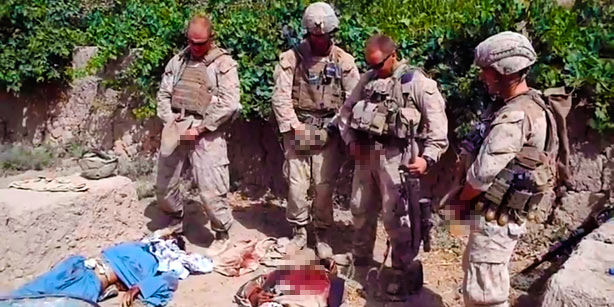 To consider the political, diplomatic, military and financial quagmire that Afghanistan has proved to be for the United States one need look no further than the Afghan Armed Forces. Reorganised and “reformed” in 2002 the diverse and fractious Afghan military have become a budgetary black hole into which American taxpayers have poured billions upon billions of dollars; and seemingly without end. From War is Boring:

“American taxpayers will spend $4 billion on Afghanistan’s soldiers in 2015. It’s likely that Kabul will need that level of funding for years to come. Corrupt and incompetent, the Afghan government can’t afford to pay its security forces.

Worse, recent audits of the Afghan security forces highlight a system of corruption among the country’s military leadership.

The Pentagon used to pay for Afghan soldiers’ food, but stopped when it discovered the Islamic republic’s bureaucrats were pocketing a lot of the money.

NATO established a $10-million trust fund for Afghan women soldiers. Now some of Kabul’s commanders don’t want to pay the women out of their normal budgets. They argue those salaries should come from the trust fund instead.

Soon, soldiers without bank accounts will make 20 percent less than those willing to do business with Kabul’s famously corrupt banking system. If an Afghan police officer doesn’t have a bank account, Kabul might not pay him at all.

It’s hard to be a soldier or cop in Afghanistan. It’s dangerous work. The Taliban often target the families of security forces. As if that weren’t bad enough, the Afghan government scams its own troops every chance it gets.”

In the 1960s and ’70s the United States wasted trillion of dollars propping up juntas and tyrants in Asia as it waged Cold War rivalries with the Soviet Union, a policy that yielded not much more than engendering a generational culture of anti-Americanism in the region. In the 1980s it operated the same policies in Latin America, creating a body of activists-turned-politicians who currently hold their northern neighbour in disdain. Now it has spent much of the 2000s and 2010s propping up various quasi- or actual dictatorships in the Middle East and with much the same results. Has no one in the Congress, White House, State Department or Pentagon any sense of institutional memory? Or have their memories become so deluded with the passing of time that historical failures become successes?

10 comments on “The United States, Whistling Past The Graveyard Of Empires”