At the start of 2015 the Irish Independent newspaper reported that:

“Several Cabinet ministers last year intervened to bump up the pay of their special advisers, above the level originally proposed by Brendan Howlin’s spending department.

The majority of ministers who presented the “exceptional” cases on behalf of their advisers were Labour Party TDs.

In September, Environment Minister Alan Kelly sought to appoint Liam Cahill to an advisory role with a salary of €88,936. Mr Kelly claimed Mr Cahill has “wide-ranging experience” in public administration, as well as a “broad knowledge of public and media relations”.

Separately, Finance Minister Michael Noonan’s officials sought that his adviser Paul Bolger be paid €3,000 more than the level set down by the spending department.

It was previously revealed that Tánaiste Joan Burton sought to have her former PA Karen O’Connell put on a salary of €79,401 but sanction was given for €75,647.

How typical of contemporary Ireland that the last day of 2015 ended on a similar note, as once again the Labour Party in government displayed its utter contempt for the political integrity and financial sacrifices it demands of others. The republic burns so Joan Burton and company can fiddle. From the Irish Examiner:

“The Labour leader was forced to defend the salaries of her chief of staff, Ed Brophy, and her economic adviser, Terry Quinn, after it emerged their pay packets, of €144,550 and €114,424, respectively, exceed the €92,672 ceiling set when the Coalition came to office.

Mr Quinn, who joined as an economic adviser just after the Coalition came to power, is earning €21,752 more than pay-cap rates for special advisers allow.

Mr O’Dea said the figures “illustrate the hypocrisy” of the Government.

Especially when the Labour Party knows that for most members and hangers-on the “mercs an’ perks” of high office will soon be no more than a distant memory. 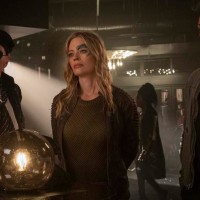 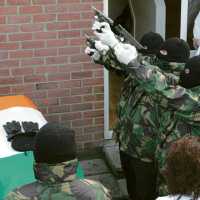