With the press and news media focusing on the Russian Federation’s alleged contribution to the election of Donald Trump to the White House last November, it’s all too easy to miss the real political scandals out there. While there is no doubt that the New York millionaire and Vladimir Putin do have business interests in common, as might be expected of the many-tentacled kleptocracy in Russia, evidence of Moscow “hacking” the United States’ presidential election is largely absent. Working to gain the trust and gratitude of Trump’s inner circle, or to load the political and media dice in his favour, is quite different from rigging an election. Arguably the only suspect thing in the US voting system nine months ago was the use of the antiquated and undemocratic Electoral College. However that is the fault of the American constitution, not the Russian preference for sowing dissent and confusion among its enemies (which you could interpret as a sign of post-superpower weakness rather than of proto-superpower strength).

In fact, we should turn closer to home to see a more unambiguous example of a political conspiracy at work. In this case, the lobbyists and businesses behind 2016’s anti-European Union referendum in the United Kingdom. Questionable behaviour beyond anything proven with Donald Trump and his comically incompetent associates seems to be the norm in the disputed history of Brexit. This is especially true of the Democratic Unionist Party, the British separatist grouping in the north-east of Ireland, and its role during the plebiscite. We now know that the DUP was used as a front-organisation for the mysterious anti-EU Constitutional Research Council, funnelling nearly half-a-million pounds of the latter’s money into an advertising blitz in Britain advocating a “Leave” vote. The ultra-nationalist party also committed £32,750 to social media advertising through an obscure data analytics company based in Canada, called AggregateIQ. This in turn was receiving millions of pounds from the “official” Vote Leave campaign and a myriad of other right-wing groupings in the UK. To add to the suspect nature of all this, the Canadian firm was also doing additional work with Cambridge Analytica, a business associated with Donald Trump’s successful presidential election run in 2015-16.

However, the dealings between the DUP and AggregateIQ did not confine themselves to the Europhobic ballot in the United Kingdom, with the company working for the extreme unionist group during the northern assembly elections in this country last March. From the Detail:

Given AggregateIQ’s prominent role in the referendum campaign, The Detail asked the DUP for information on the work the company carried out in the March 2017 Stormont election, but the party did not respond.

We also contacted AggregateIQ with similar queries but it declined to comment.

It seems that we should put aside most of our worries about the mischievous inferiority complex of the Russian Federation and focus instead on a small conservative and libertarian camp among a clique of global plutocrats extending from North America to Europe. One which haphazardly seeks to subvert and lessen democratic control upon its activities and finances in the West by promoting the divisive politics of right-wing populism, regressive nationalism and xenophobic conservatism.

5 comments on “The DUP, AggregateIQ And Data Mining For The Alt-Right And Far-Right” 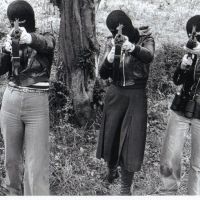