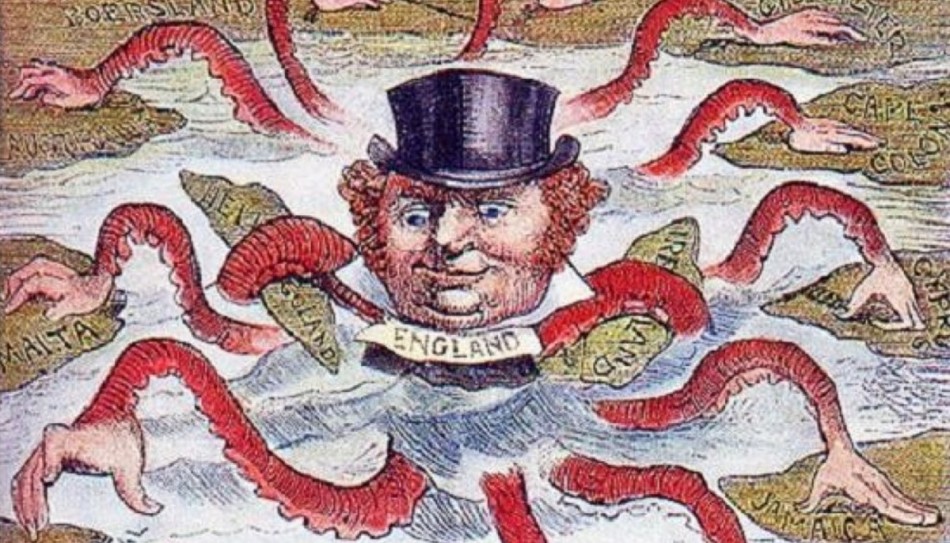 Since the Brexit referendum vote in the summer of 2016 the conservative and right-wing press in the United Kingdom has been at the forefront of those reviving the country’s global ambitions. In recent months these grand plans and dreams of Empire 2.0 have repeatedly turned to Ireland and the revanchist belief that the island nation can be enticed or intimidated into some sort of anti-EU alliance with the UK. Much of this theory is based upon a bizarre reading of Irish and British history, a mythologised past where Britain acted as a benevolent – and even paternalistic – partner with its neighbour. Thus eight centuries of invasion, occupation, annexation and colonisation become the natural, and excusable, consequences of Greater England’s need for lebensraum in north-western Europe.

The screengrabs below from articles published over the last twenty-four hours by the Daily Telegraph, the newspaper of the British establishment, go a long way to illustrate this frame of mind; and the madness gripping the body politic in Britain. It may be a small minority of ministers, politicians and journalists who believe that the threat of renewed conflict in the UK-administered north-east of Ireland, and the socio-economic consequences of Brexit, might eventually lead to the greater part of the island seeking political union with the United Kingdom. But they aren’t exactly shy about indulging that hope. 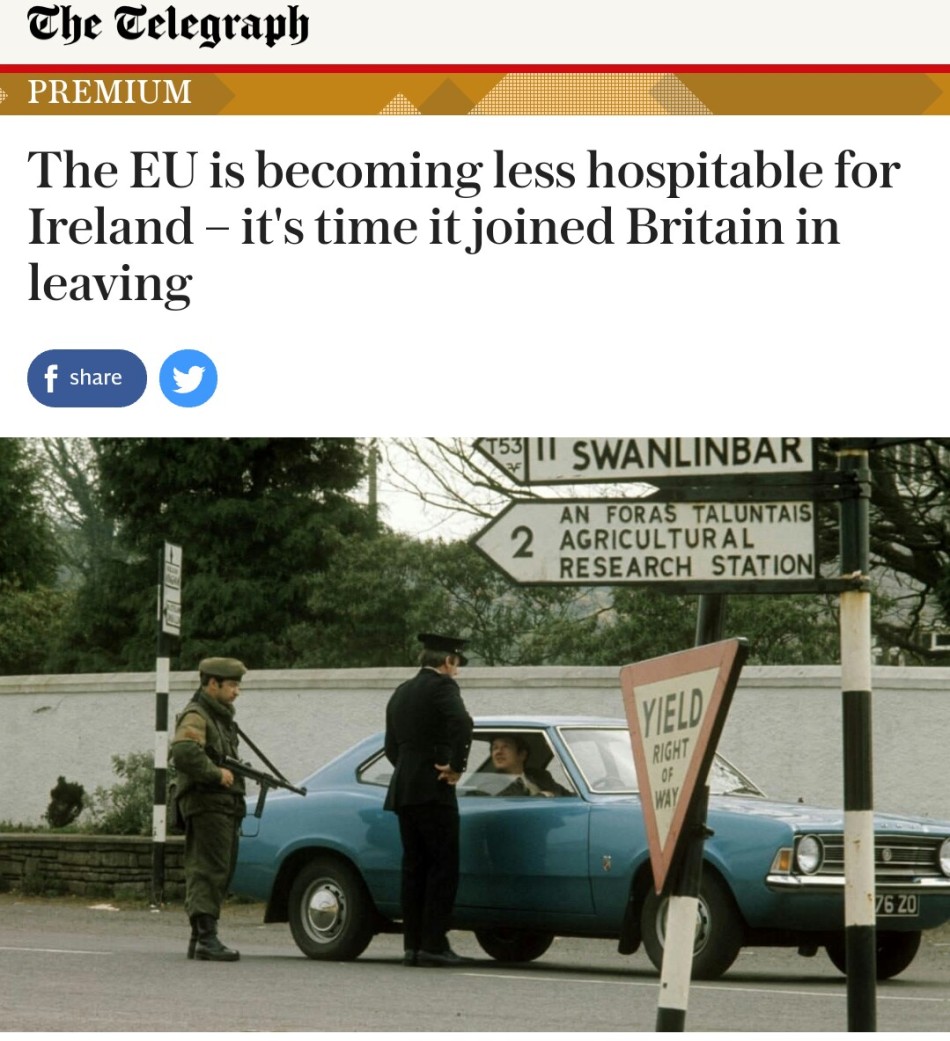