An interesting blog post here on the announcement by Britain’s Guardian newspaper that it is to reduce its staff by 180, blaming the continued restructuring of the media marketplace and the dire economic consequences of the Covid-19 crisis. These criticisms of the publication’s much vaunted left-wing status are not without merit.

…the Guardian is not and never has been a left-wing paper. It has always been a Liberal paper and was founded to reflect the views of Northern Liberals in the 19th century. It had a brief moment in the 1930s when it won praise from left-wingers for its coverage of the Spanish Civil War. Since that time, the editorial line of the paper has intersected with the views of large sections of the British Left. That is no more. About 10 years ago, the paper decided to take a more right-wing line…

Freeman participated in the so-called Never Again stunt organized by supporters of Luciana Berger, but which looked and felt like a gathering of right-wing white politicians and their media supporters who were pursuing a vendetta against, not just Corbyn, but anyone on the left on the basis of flimsy evidence. Worse, perhaps, was the view held by the protesters, who had never protested anything in their lives, and who spent a great deal of effort deriding protests as a form of “student politics”, that the Labour Party was the single largest reservoir of anti-Semitism in Britain. Ironically, all of these people were content to stand side-by-side by some of Parliament’s biggest bigots, like Ian Paisley Jr.

The Guardian has never supported socialism or the Left. It is and always has been a Liberal paper that has had a left-wing readership, which has, over the course of 5 years, been bullied, ridiculed, mocked, smeared and gaslighted. This is a paper that many on the left saw as an ally before Corbyn became Labour leader and which turned on them in short order.

There is little doubt that the Guardian’s obvious antipathy to the leadership of the UK Labour Party during the Jeremy Corbyn era did much to undermine the newspaper’s reputation among the left-leaning commentariat, a reputation already battered by years of Blairite-style editorials and opinion pieces. The publication’s willingness to indulge in an endless stream of hyperbolic complaints and accusations against Corbyn put it in the same camp as the reactionary press in Britain, highlighting its status as an ideological fellow-traveller of the neoliberal centre-ground, proclaiming socially progressive views while advocating economically conservative ones, championing identity politics while disdaining class politics.

12 comments on “The Guardian, Champion Of The Identity Class Not The Working Class?” 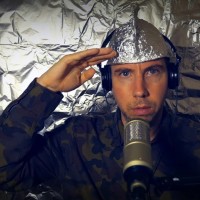 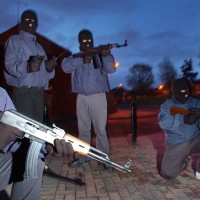