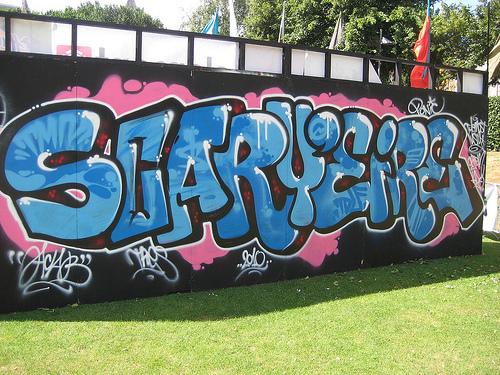 In the Irish Times a Danish woman living in Ireland pens a passionate letter on behalf of the Irish language and the Irish-speaking communities of Ireland. As she so rightly asks: are we to be an Irish Ireland or an English Ireland?

“Last week I was watching Bernard Dunne’s ‘Brod Club’ — where he launched his ‘Speak Irish’ campaign — with interest and not a few giggles. Brilliant idea, may it live long and prosper!

Thus it was dispiriting to hear Kevin Myers on the same show discarding the Irish language as “a redundancy” in the modern world, and that Mr Dunne was, in his opinion, flogging a dead capall.

Being Danish born and bred I have very little Irish, but I’m a member of another linguistic minority, about six million worldwide, a fact that forces our kind to learn foreign languages.

So far I have — with a varying degree of success — spoken, written or read Swedish; Norwegian; Middle and Modern English; Old, Middle and Modern German and French; Provencal; Dutch; Italian; Latin; and classic Greek; none of which did me any harm but opened me up to other cultures.

Danish, however, will always remain my first language and a part of my identity, even though I live and intend to stay in Ireland.

That is why it puzzles me, as a linguistically challenged foreigner, that the Irish language is not widely used, but hidden away like some sort of embarrassment, something to be almost ashamed of. It’s the very thing that makes you uniquely Irish and not just some western province of the British Isles.

Iceland — a place rarely in the news unless its banks or volcanoes blow up — has a small Icelandic-speaking population, most of whom also speak other languages.

Does that make Icelandic — the closest living descendant of the Old Norse of the Vikings — redundant?

Some may find the Irish language on the brink of extinction and say goodbye and good riddance, a linguistic equivalent of the white rhino or the snow leopard.

It’s the same with the Irish language…

The only way to keep any language alive and well is by speaking it, which doesn’t even cost you anything.

The day the last Irish speaker is shut up, the living tradition of one of the oldest languages in Western Europe will be lost forever (and the English, by the way, will have won).”

In a similar vein, Irish Times journalist Pól Ó Muirí challenges the insidious lie spread by the militant minority of Anglophones in Ireland that Irish speakers are somehow stubborn, anti-pluralists because they continue to speak their own language: and not the English language (is that a definition of pluralism? Only speaking in English?).

“As one letter writer to The Irish Times wrote last week, Irish speakers often also speak another language (in addition to English) and have a great interest in languages in general.

In my experience, Irish speakers are usually very open-minded when it comes to learning (and respecting) other languages. Many of the Irish speakers I know also speak French, German, Italian and quite a few know Welsh and Scots Gaelic – languages which offer other views of what it means to be British.”

Perhaps that’s the problem. The only view of being British the Angloban extreme in Ireland want is one that forces the people of Ireland to speak English. In order to become…?

1 comment on “Ireland – A Western Province Of The British Isles”