Do you know that you live in an officially bilingual Ireland?

Believe it or not but the Government of Ireland committed itself to a policy of “official bilingualism” across the country way back in 2006. In a statement issued six years ago, and supported by all the major parties in Oireachtas Éireann, the government pledged itself to implement new legislation and a series of programs to create a genuinely bilingual nation. The aim was a society where full equal rights would exist between Irish and English speaking citizens and where bilingualism would become part of the weft and weave of the nation (instead of being ghettoised in the education system).

Gone was the commitment to a purely Irish speaking Ireland, rejected on the basis of the utility of the English language in the global free market (that worked out well, didn’t it?). Instead all the major Irish political parties dedicated themselves to the much less ambitious policy of a bilingual Ireland (and with n’ery a sign of shame or embarrassment for their utter failure to do any better over the previous eight decades).

And how’s that going?

Well, not terribly well to be honest. Why? Mainly because most of the parties who signed up to the 2006 policy statement on the Irish language didn’t mean a word of it. In fact the same old prejudices and indifference that made them ignore our native language in favour of the language of the invader (for so the English language is however much some would rather forget it) continued unabated. No matter that 50% of the original policy statement consisted of aspirational airy-fairy fluff that didn’t mean a damn thing. Even the half that remained was a wee bit more than the establishment politicos could stomach.

In 2010 (four years after the 2006 Statement of Policy on the Irish Language) we got the “20-Year Strategy for the Irish Language 2010-2030”. Unfortunately it’s taken until this year, 2012, for the Strategy to actually start being implemented. However, guess what? We are still very much in the mode of discussions about discussions.

In Ireland the wheels of government move slow. Not sure about the steady bit though.

In Canada, another “officially bilingual” nation, they do things differently. Their political classes actually seem to mean what they say – or sign up to do. From the National Post we have an article by Canada’s Language Commissioner. He does the same job our Language Commissioner here does. Y’know, ensuring equal rights among all citizens regardless of which of the two official languages they speak? That’s the same Commissioner our Fine Gael Labour coalition government is determined to get rid of.

How’s that official bilingualism thing going for you, then?

“For me, it is a question of identity … I am Canadian — I speak French.” These were the words of Savroop Kullar, a French immersion student at the University of Ottawa, addressing an international conference on post-secondary immersion on Friday.

I thought of this remark reading David Frum’s argument that Canada’s immigration policies will mean the gradual disappearance of the political influence of French-speaking Canada in general and Quebec in particular.

Frum mentions a hypothetical Québécois who meets a girl from a Chinese immigrant background. What he neglects to mention is the enthusiasm that the Chinese community has demonstrated for sending their children to French immersion schools, perhaps inspired by former governor-general Adrienne Clarkson’s eloquence in both official languages. Many immigrants, like Savroop Kullar, see bilingualism as an aspirational goal linked to Canada’s identity.

(This is not unique to Canada; Irish language classes in Dublin are filled with immigrants from Eastern Europe who see learning Irish as a way of affirming their commitment to their new country.)

As Frum points out, Stephen Harper has won a majority government without strong representation in Quebec. But this has not stopped him from beginning every news conference in French, and speaking French at G-8 meetings in Washington and Beijing. This is partly his understanding of Canada’s identity, at home and abroad. But he also knows that, while 98% of Canadians speak English or French, there are 4 million French-speaking Canadians who speak no English. And he also knows that, in addition to the 75 seats in Quebec, there are 19 seats outside Quebec where French speakers represent at least 10% of the population — and he won 10 of them.

For the first time, six of Canada’s premiers are bilingual: A reflection of their interest in understanding national issues, but also the interest that premiers Charest, Ghiz, Alward, McGuinty, Selinger and Redford have shown in the minority language communities in their provinces. And those Canadians who want to understand the country as a whole — whether politicians, public servants, soldiers, academics, labour leaders, business people, judges or hockey coaches — have made a point of learning both official languages.”

If only the same could be said of dear old bilingual Ireland.

13 comments on “Speaking In Two Tongues” 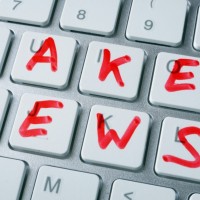 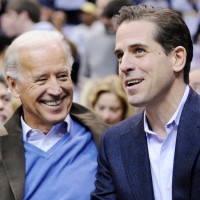